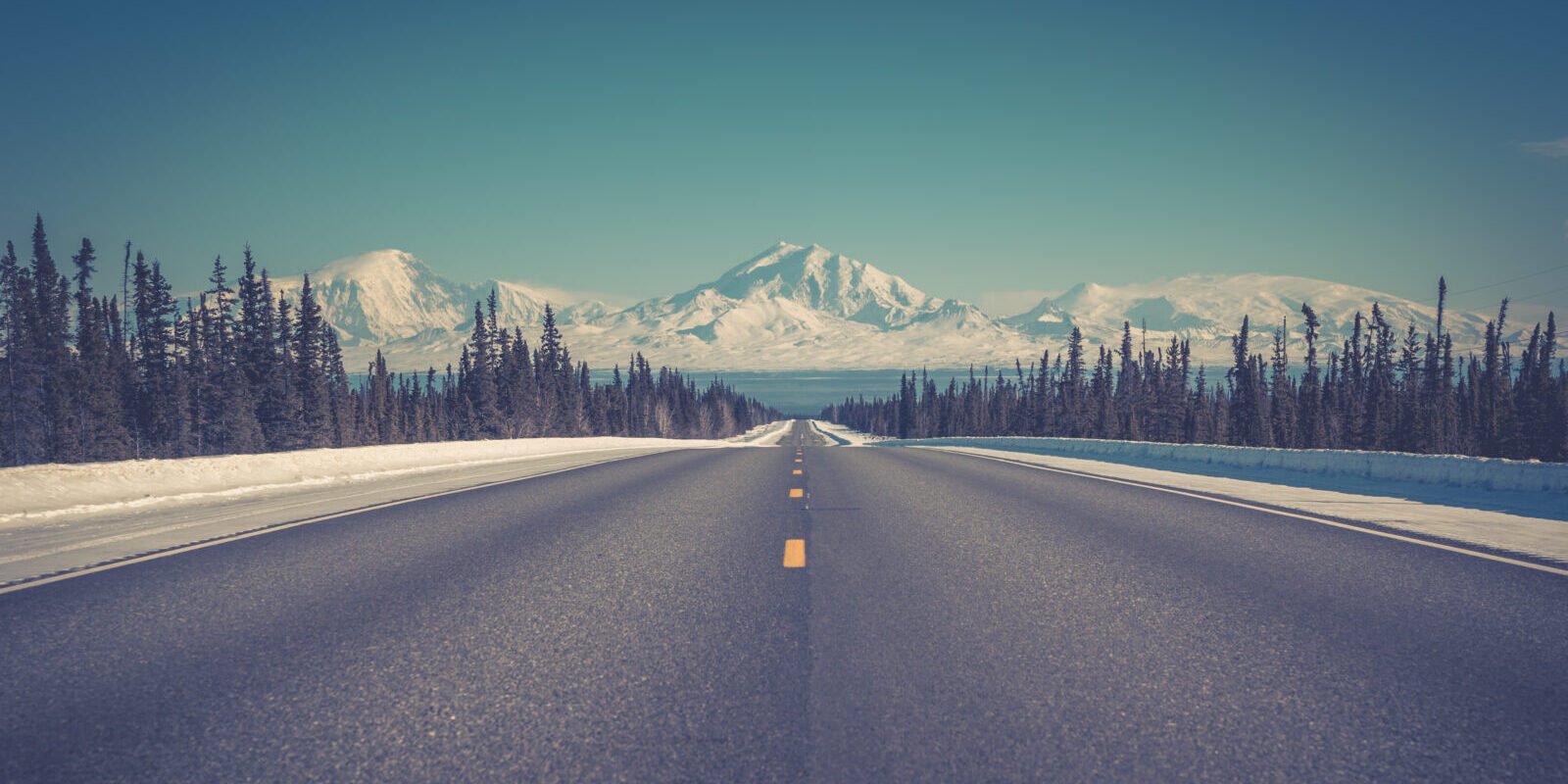 Round this time of year, plenty of people in the US are thinking about a trip to Alaska by the Alaskan Highway.

Many tourists come back home enthusiastic, swearing to return as soon as they can. Others returned disillusioned, having expected something way different than what they found because of lack of knowledge or because the source of their knowledge was inaccurate. My aim in writing this article is to set forth expectations as the reality is.

To start, few stateside visitors realize the sheer size of the territory. For instance, if a map of Alaska were superimposed on a map of the States drawn to the same scale, the tip of the Aleutian Peninsula would touch the Pacific Ocean in the vicinity of Los Angeles, while the south-eastern tip of Alaska would reach the Atlantic in the state of South Carolina. The southern bulk of Alaska would rest on the northern edge of Texas, and the coast outline would stretch in a rugged line northward to break across the Canadian border in the Great Lakes region.

Just as in the US, a great variety of temperatures and climate will be encountered in such a vast area. The southeastern area is the mild, coastal region, with abundant rainfall, while the inland area in the Fairbanks region is much dryer, and has a vast range between extreme high and low temperatures. In the winter it may be sixty below zero at times, while during the summer the temperature may climb to a hundred in the shade.

In the Anchorage area, which, by the way, has nearly one-third of the population of Alaska, the temperature compromises between the regions just mentioned. It seldom gets to forty below on the coldest winter days, and the high for summer is in the high eighties. During the summer people swim in the many lakes. During the winter, wool underwear and fur parkas are in fashion.

Most tourists come to Alaska during July. Have no fear of being alone on the road. Even during December, when travel is lightest, there will still be hundreds of vehicles headed for Alaska.

May, June, and July are the months of long days in the territory. The visitor will never cease to marvel at this phenomenon of daylight when it should be dark. At the extreme, the sun comes up about two-thirty in the morning and hangs around until ten-thirty at night. At this time of the year, it is never entirely dark, for even after the sun sets, it lurks just beneath the circle of the horizon, and the light is comparable to that in the States twenty minutes before the sun appears in the morning.

The moon is another source of wonder there, to wander about the sky, although the diligent observer knows it follows a definite pattern. As one amazed tourist said, “I don’t think it set at all during the week I was there, but I had to sleep a little so that I may have missed it.”

Because of the long hours of sunlight in summer, the moon is most visible during the wintertime. Visitors marvel at the brilliant yellow moon on a deep blue sky. This can happen in other places, but it’s only as prominent in Alaska.

The person who travels the Alaskan Highway should make their plans well in advance. If at all possible secure a copy of “The Milepost,” detailed highway guide giving the distance between points, accommodations and a list of services offered at each stop. The cost of a guide is small, and it will pay for itself a dozen times over. It has been published and updated annually, for decades. I’m an old-timer and, especially for adventures, I prefer this solution to using the Internet while on the road. Another thing to consider is that the mobile connection might be spotty in some places.

In my experience, tires are of utmost importance and should lead your list of preparations. I’ve known a few travelers who made the trip without a flat, but I know many more who can testify to the other scenario. The road is tough gravel, don’t forget it. The very best tires you can buy will be the best investment you can make, but even with the best tires, have a spare. Carry at least two spares, unless you’re loaded with money and can afford to get a second spare along the way. Have the proper tools.

I don’t consider any bumper jack as a proper tool, especially for the Alaskan Highway. It has been my sad experience that most of them are not worth walking across the road to borrow. The most practical jack is the floor jack that lifts both the axle and the car’s body and doesn’t require crawling under the vehicle to use. It won’t slip nor allow the vehicle to roll.

Buy a solid one, and your kid will use it too. I’m carrying this Blackhawk:

If you come to Alaska during the summer, you will encounter mosquitoes. That’s a given. They are omnipresent, vile insects, but not as vile as their cousins in the states. Fortunately, a solid insect repellent will drive them away quite quickly.

Avid photographers will be in their element in Alaska. Everything from wooden cabins to the majestic Mt. McKinley awaits, and you will want to record your trip to re-live in your free time.

Be sure to allow a lot of time for your traveling so that you may feel free to take these pictures, do some fishing, or admire the gorgeous landscapes. Most people fail to take the time to stop, expecting to “do it later,” and eventually go home with only a token souvenir of the trip of a lifetime.

Angling along the highway is good, and it will pay you to buy the short-term licenses offered by the Canadian Provinces to take full advantage of it. For instance, we stopped one time at the excellent government tourist camp at Mendenhall River, and while my wife warmed up our lunch, I strolled down the well-beaten path to the stream, I noticed fish rising, and hurried to get my trusty rod.

Not knowing what they were rising to, I tried the old Brown Hackle standby, and in three casts I landed two 13-inch grayling. They made my mouth water, but we had no way to use them at the time, so I let them go.

Hunting and fishing are good in Alaska, but it is necessary to get back from the popular travel routes. If you are a fisherman or a hunter, it will pay you to reserve enough cash to hire a plane to fly you into any of the multitudes of lakes that are overstocked with fish. Bear hunting ranks among the best on the planet.

If you will prepare for your trip carefully, take a lot of time to visit places of interest, and not form an opinion until you see it with your own eyes, your Alaskan adventure will be a success.

Alaska, truly America’s last frontier, is a land of enchanting extremes. Land of the Eskimos and dense forests; ferocious wolverines and beautiful Northern lights; buzzing mosquitoes and breathtaking glaciers. It is a magnificent land that must be seen to be truly appreciated. And when you’re there, don’t forget to say hi to the bears.