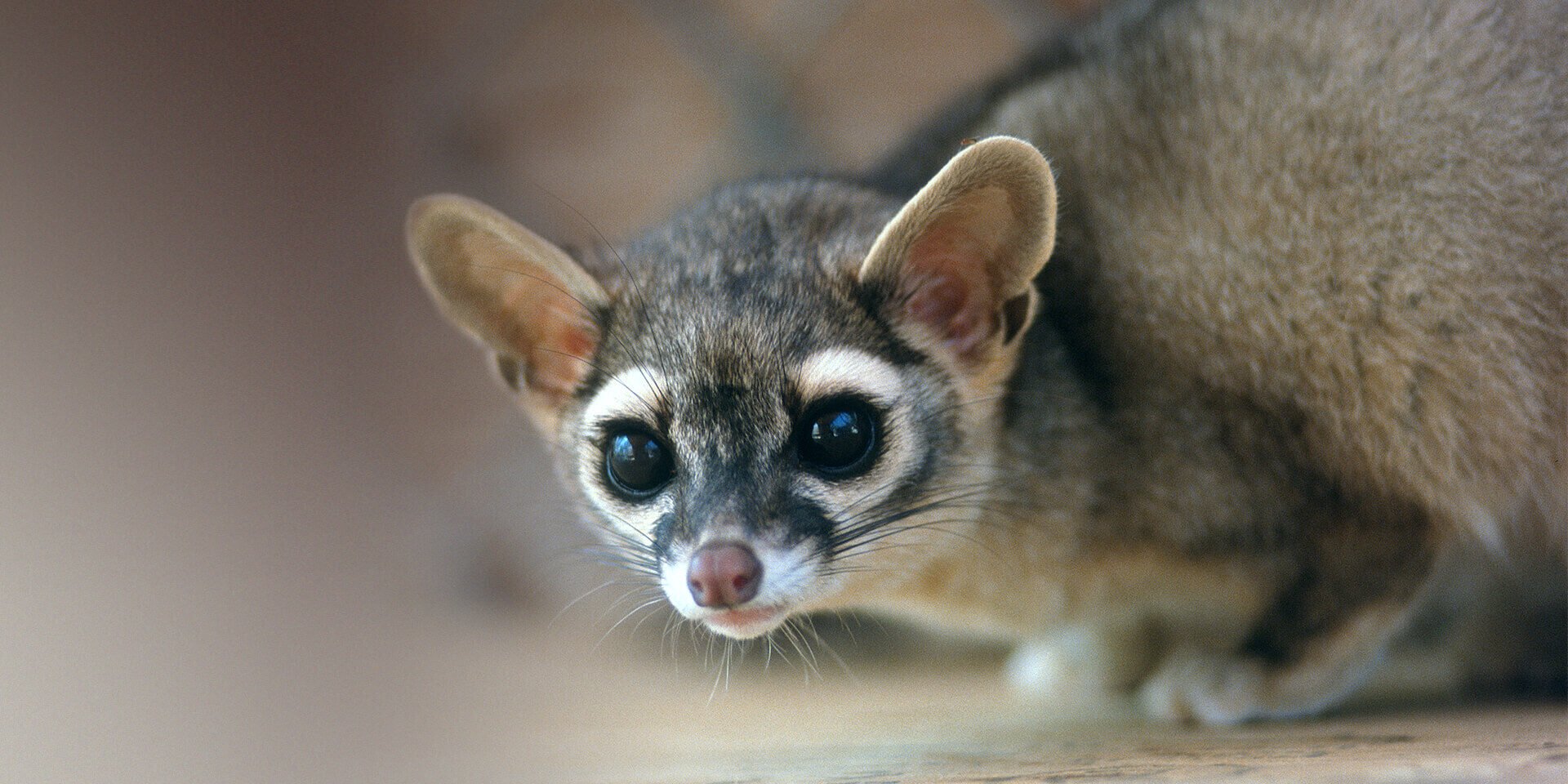 Probably one of the least known but very interesting animals in the US is the Cacomixtle or Bassasisk as it is called by the Aztec Indians of Mexico. It is recognized by trappers from California and Oregon across the southern states to Texas and Louisiana as plain old Ring-tail.

Although related to the raccoon, the rather rare little ringtailed cat is smaller. With its long slim body, it resembles the marten but is easily identified by the seven white bands along its black and brown tail. The ring-tail averages about thirty inches in length, with the tail being about half of that. A number of ringtails weighed on the trapline, over a period of four tears, gave the males an average weight of two and three-quarters pounds. The females weighed in at one hald pound less on average. The short, thick and very soft fur ranges from a rich darker golden brown on the back to a few shades lighter on the underparts. Their head has a somewhat foxy appearance and the animal has huge brown eyes.

Ringtails rarely are seen during the day and may be rather plentiful in areas where ranchers hardly know any exist. They nest in rocky bluffs and hollow trees, usually bearing three to four young the latter part of May. Ranchers have been known to leep the little animals as pets because of their interest in hunting rats and mice. A number one trap is all that is needed to hold ringtail but any set made where a raccoon or a fox may happen along should have a trap large enough for those animals. Under-spring traps have proved effective for sets in rocky bushes where the openings are too small for other animals. Sets made at the base of hollow trees are very successful. Number two long spring traps do fine thre as they hold the occasional gox and raccoon that will get caught whether you want them or not.

After trying all bait that might do some good, including apples, nuts, birds, berries, mice, horsemeat, liver, fish oil, and brown sugar, the most ringtail by far were caught on sardines packed in soybean oil and bought at the grocery store in cans. Each can produces bait for about ten sets. Although not in the hard to trap class, ringtail sets should be carefully made using wax paper over the pan and under the jaws of the trap to keep dirt from interfering. Cover with fine dirt and leaves to fit the surrounding. Even though you might not be trying, foxes and raccoons might be caught in properly made traps.

Ringtails should be skinned cased and will dry rather fast since they are not as fat as a raccoon or a possum.